“Learning is not done to you. Learning is something you choose to do.” 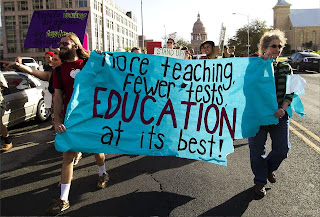 Recently in Seattle, Garfield High teachers have boycotted the Measures of Academic Progress test, better known as MAP. As a student and as a learner, I personally encourage their movement because the true meaning of education does not lie on testing - let alone on a standardized test that is not based on content learned in class. The MAP Test has always caused waves of competition, frustration and confusion at my school, especially within competitive class. We are often comparing our results and looking for the person who scored the highest. Then, we become frustrated because we are often tested on content we have not learned. As a consequence, the person who scores the highest is always the one who either “guessed” better or the one who is skillful in a particular subject. This brings us into a state of confusion: we do not know if we scored lower because we are not as intelligent, or because the MAP Test simply works in a way where students are not benefited. 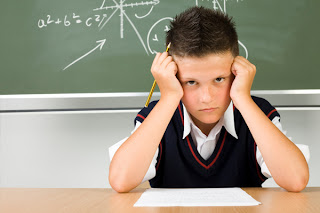 The teachers who boycotted the test correctly argue that it is not an accurate measurement of a student’s achievement. Firstly, this test does not have any impact on the students’ grade, which leads to a lot of guessing- specially in subjects like Reading and Math which require lengthy attention and on-going work.  The test occupies all the computer lab’s at schools and takes away precious class time from students and teachers- especially at the end of the semesters. When we are undergoing the MAP Test at our school, all labs are always occupied so we have no computers to work on our projects. Also, teachers aren’t allowed to know what is going to be in the test itself, so they aren’t allowed to prepare the students for the test they will be undertaking. Additionally, the tests are very long and draining, drawing student's attention away easily.


MAP test advocates argue that it tests the school's and student's progress, which I believe is completely unfair because different schools have different curriculums. Probably, the most significant claim of the boycott is: “[We] are not against accountability or demonstrating student progress. We do insist on a form of assessment relevant to what we’re teaching in the classroom. Some of my colleagues would propose replacing the MAP with a test that is aligned to our curriculum.”


But all flaws aside, the main reason why I am against the MAP test is it's discouragement of learning through a communicative way. My favorite teachers are ALWAYS the ones who talk to me and let me reach out to them, which is something the MAP doesn't allow. Students are forced to take a very uncomfortable test with no way of preparing for it, which will supposedly bring positive results encouraging education. We know better than that. I am proud of the teachers who boycotted the test in Seattle, and really look forward to the day my teachers stand up for me and my colleagues like that as well.

Posted by Barbara Contin at 3:01 PM No comments: